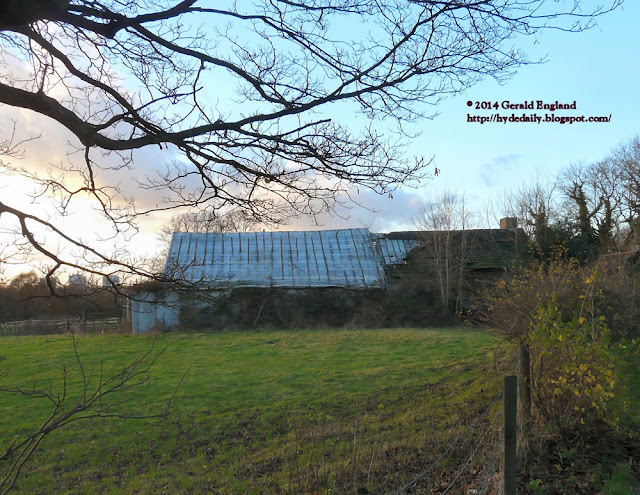 Apethorn Farm is a Grade II listed building being an important example of an early house-type few of which remain in Greater Manchester.

Originally this was a cruck-framed longhouse from the 15th century. It was encased in rubble in the 17th century and later with brick. In 1831 it was the scene of a murder. In 1928 it was divided into cottages and then in 1993 a fire reduced to it to just the original cruck frame. In recent years it has been wrapped in order to prevent/reduce further damage. It is privately owned and there appears to be little will for renovation/restoration. 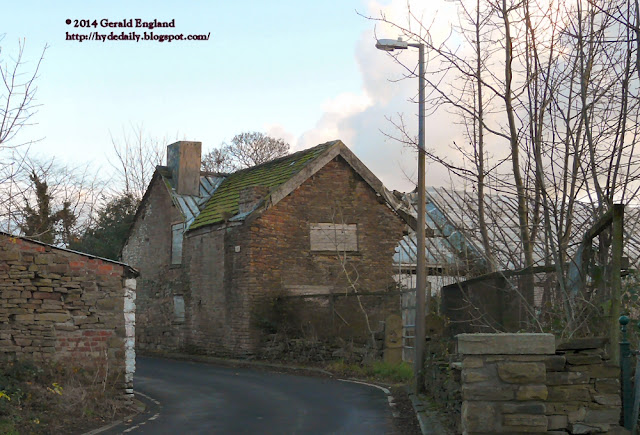 It is situated on Apethorn Road at a narrow bend.

Old photographs and a history of the farm can be found on Old Hyde.

A photograph of the barn can be found on Hyde Daily Photo.

A contribution to Rubbish Tuesday.
Posted by Gerald (SK14) at 14:45