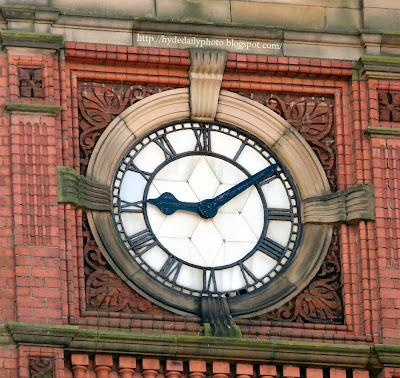 I'm not normally out and about at this hour as I can't use my travel-pass until 9.30 am weekdays. However I was up early and it was nice weather so I walked down into town and took two shots at the bewitching moment.

Some people are supposedly including the seconds but that assumes the clock photographed is set to the right time and the camera's EXIF date is absolutely accurate. It seems the EXIF data on my camera is inaccurate by about ten minutes, in addition to being set to GMT (Greenwich Mean Time) rather than the current BST (British Summer Time).