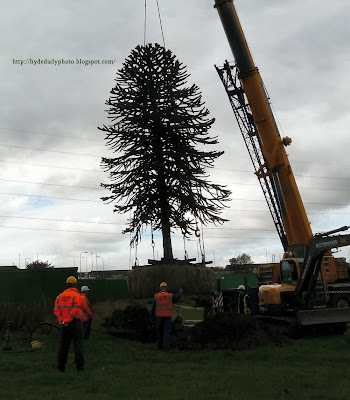 In September 2008 I showed you the Hattersley Monkey Puzzle Tree and two weeks later another view of it. 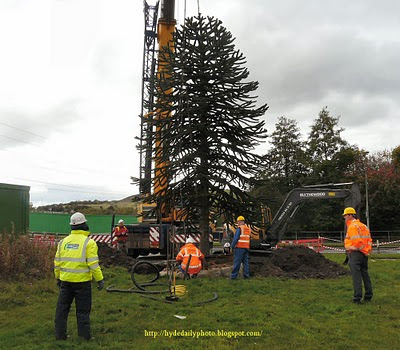 The tree had been planted in the garden of a house on Garnett Road. The houses were demolished in 2008 as part of a planned redevelopment of the Hattersley Estate. The tree which had been a treasured local landmark for many years was allowed to remain. 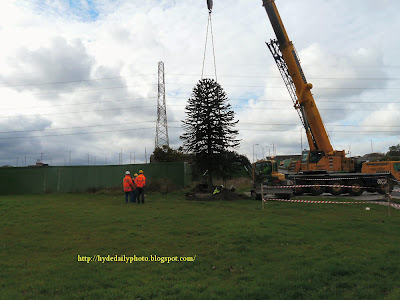 Now Tesco have been granted planning permission to develop the site. At much expense, the iconic tree was moved yesterday to a green space on the opposite side of Ashworth Lane. 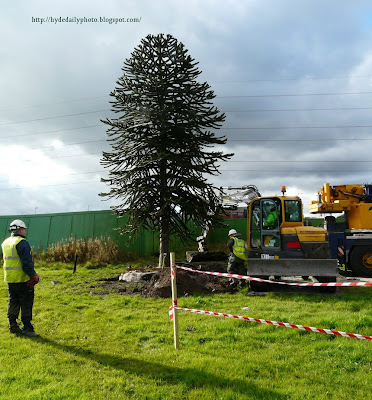 Further photographs of the tree can be seen on Hyde Daily Photo and also on my photoblog sithenah.
Posted by Gerald (SK14) at 00:00