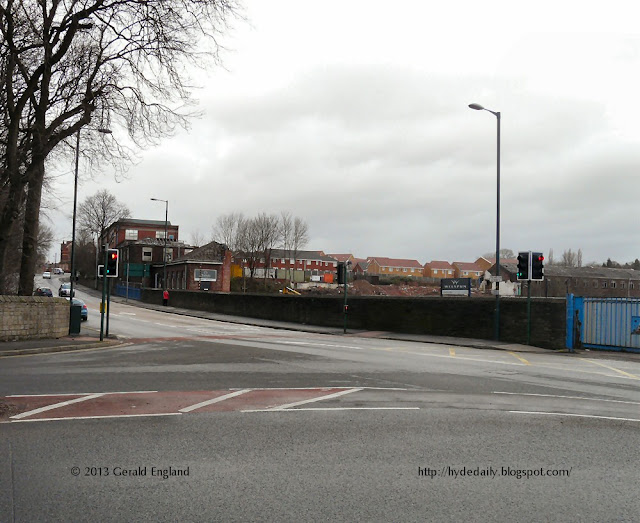 Since then, demolition of Carrfield Mill has continued and most of it has gone. 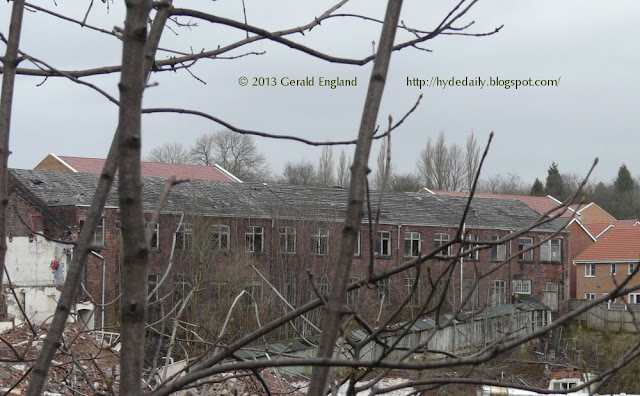 Carrfield Mill stood under the shadow of the adjacent Ashton Brothers Mill until that was demolished in 2008. 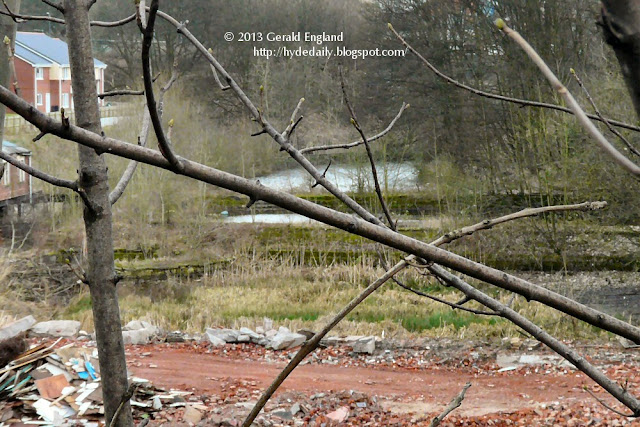 Originally known for manufacturing Zorbit terry nappies, it became the home of "Christy Towels". The brand was founded in 1851. Christy is the world's oldest towel manufacturer and is the UK's leading towel brand. Christy invented the first loom to mechanically weave what remains today the basis of the modern towel and is the exclusive supplier of the towels to the world famous Wimbledon Tennis Championship. 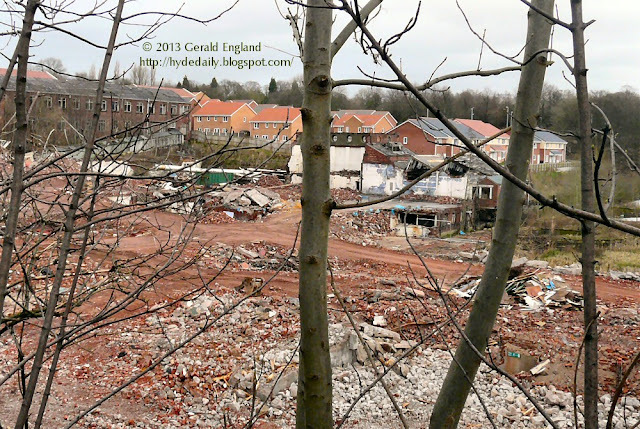 The 1 billion USD Welspun Group acquired an 85% interest in Christy for a business valuation of GBP 15.6 m, in July 2006. In 2008 they closed the dyehouse and making-up departments at Hyde and transferred the machinery to a specially designed site at Welspun's Anjar facility in India. 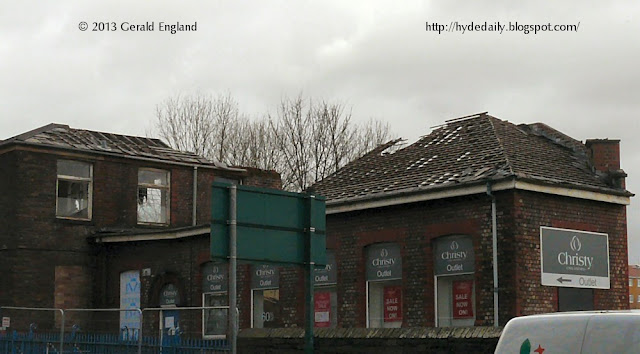 See a closer view of the last days of the showroom on Hyde Daily Photo.
Posted by Gerald (SK14) at 00:00