The Queens on Clarendon Place 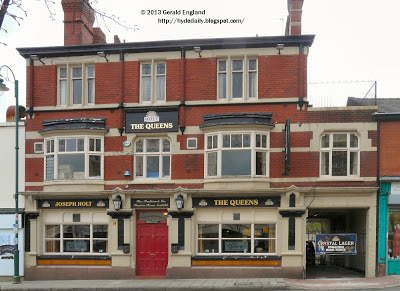 The Queens was at one time a coaching house. There were provisions at the back for horses and it was only recently that the saddle hooks and feeding baskets were removed when alterations were done. Tom Wigley writing on the Hyde, Cheshire blog says "I know they were there in the 1980s when Brian & Joyce Hunter were the landlord and lady. I worked on the door here for a while, which was fun, and I also did the bar for two other landlords, but for me when I see or hear the Queens mentioned I am reminded of the fun and laughter shared with good friends when Brian and Joyce were the hosts." 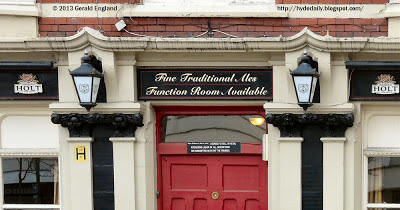 The Queens always seems to have steady trade. It has been one of the more popular pubs in the town centre. It has links to the Moors Murders. In 1965 Superintendent Bob Talbot of the Cheshire Police used the pub as a base for all the officers when the search of the moors was taking place. Some policemen were housed here in a make shift dorm in the function room. The pub was used as the police station as the town hall was not big enough to hold all the staff the investigation needed. 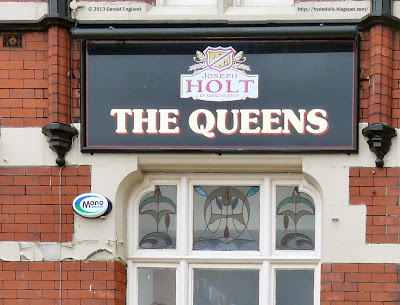 Located in Clarendon Place it is now a Joseph Holt pub - according to the brewery website in the early 1900s it was known as "The Pineapple". Confusingly the photos on the site shows some images that are actually of the Queens Hotel in Macclesfield.

Note it is NOT the Queen's Hotel (with an apostrophe) but the Queens - the pub sign which can be seen on Hyde Daily Photo - features the six wives of Henry VIII.

See a photo of the Queens when it served "Threlfall's Ales" on Old Hyde.