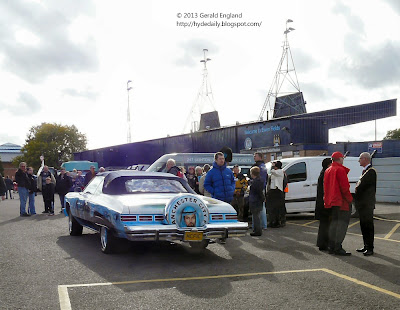 Last Sunday there was a classic car rally held at Ewen Fields, the home ground of Hyde F.C. in aid of SSAFA, a charity that provides practical support and assistance to servicemen and women, veterans and their families.

On the right is the Mayor of Tameside, Joe Kitchen.

The Chevrolet on the left was imported into the UK by Mike Radcliffe and Shaun Donohoe, business partners based in North America. They have painted certain parts of the car with faces from a number of players including Nigel de Jong, David Silva and Carlos Tevez as well as the legendary Franny Lee, Colin Bell and Mike Summerbee plus an image of Sheikh Mansour. 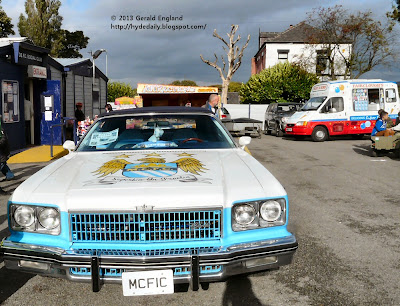 Take a look at one side of the car on Hyde Daily Photo.

A contribution to Shadow Shot Sunday.