The church of St Thomas the Apostle on Lumn Road is noted for its William Morris windows. These photographs were taken in 2008. 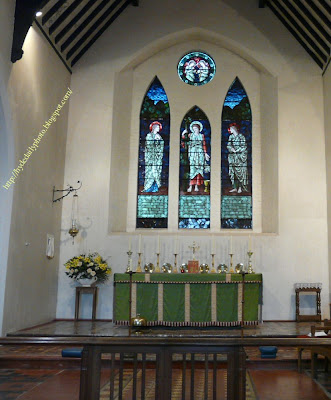 The East Window features the figure of Christ as Love a design which first made an appearance in 1895 in Albion Congregational Church, Ashton under Lyne. 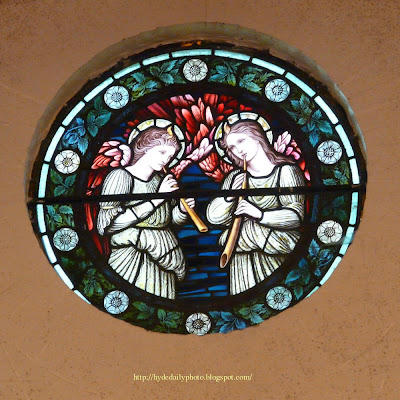 A close up of the Rose window above the East window 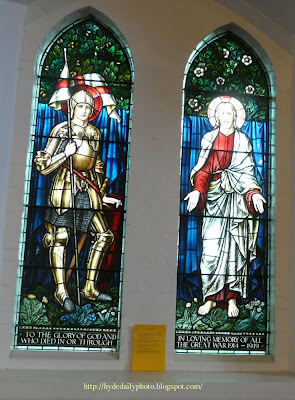 In the War Memorial (South) Window the figures of St George and Salvador Mundi were designed by Henry Dearle for William Morris & Co. 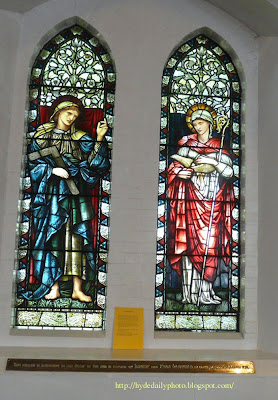 The North window features this figure of St Thomas which first appeared in 1874 in Calcutta Cathedral where it faces left. Here it faces right.

The figure of St Hilda was originally used at Paisley Abbey in 1876 to represent Salome. Only in Hyde has it been modified by the addition of a pastoral staff.

A photograph of one of the "plainer" windows can be seen on Hyde Daily Photo.

A contribution to Whimsical Windows, Delirious Doors.
Posted by Gerald (SK14) at 14:15