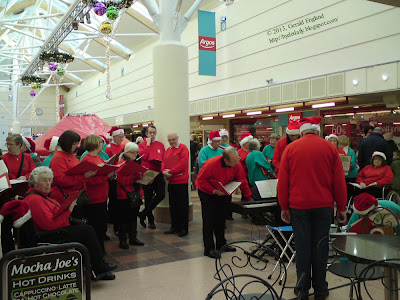 As they have done for several years, the Yew Tree Singers from Dukinfield were singing in Clarendon Mall on Saturday and collecting for Willow Wood Hospice.

See another photograph of them on Hyde Daily Photo.

The time has come to vote for the Best of Hyde Daily 2013.

On 1st January 2014 members of the City Daily Photobloggers community will be revealing their Photo of the Year. I have selected twelve contenders for Best of Hyde 2013 and am asking readers to vote for their favourites.

A contribution to Ruby Tuesday and Our World Tuesday.
Posted by Gerald (SK14) at 00:00