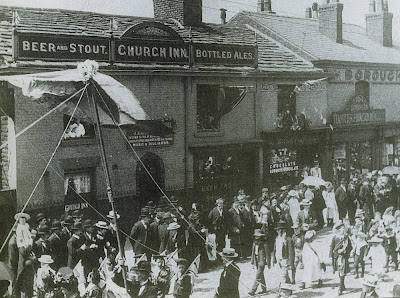 On Werneth Low, a bonfire was built.

Two days before the ceremony, the King was taken ill and the actual coronation postponed until 9th August.

The bonfire went ahead as planned as did celebrations at Godley Hill.

This was the scene outside the Church Inn. 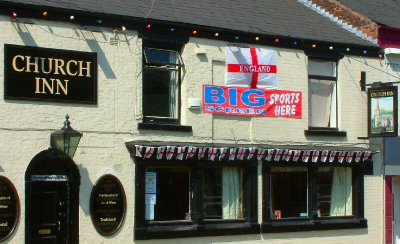 This is how it looked in June 2006 when England were playing in the World Cup. 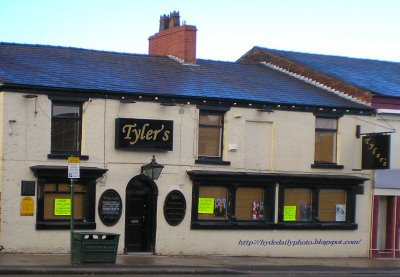 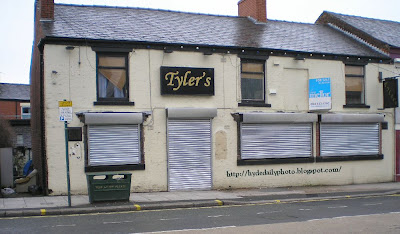 A year later and it was closed and up for auction. 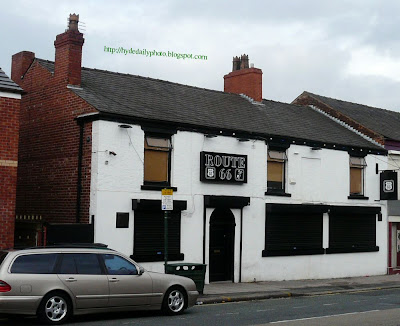 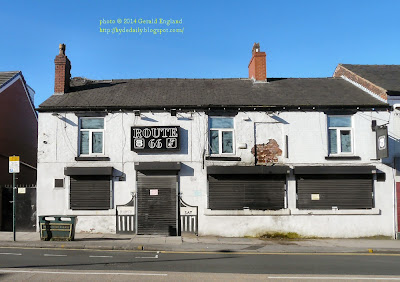 A week last Monday there were warning notices on the shutters declaring "Work in progress Dangeours not allowd to go in building Access only". 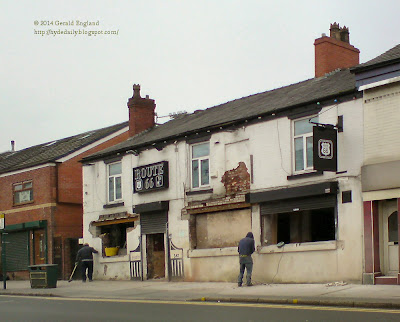 On Friday I could see that workmen had ripped out the front windows and it was obvious in passing that the whole of the interior had been gutted.

A closer view of the current signage can be seen on Hyde Daily Photo.
Posted by Gerald (SK14) at 21:43