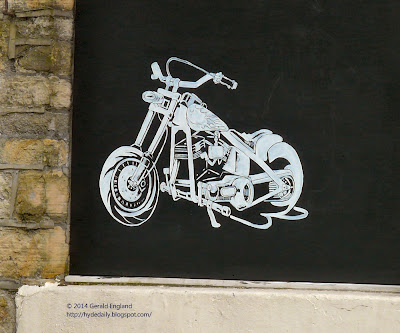 When I took a photograph of the New Beech Street side of the Bike "n" Hound a few weeks ago a new piece of artwork had started to appear. 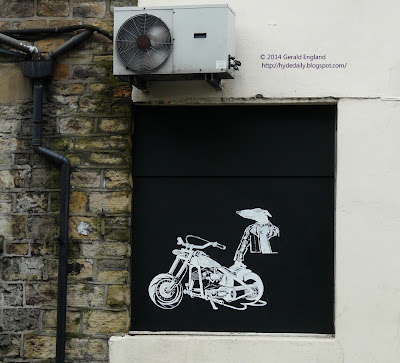 A week later and the bike had been joined by half a hound. 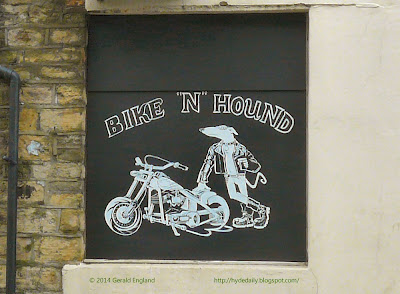 Four days later and the work had been completed.

Take a look at the New Beech Street side of the pub on Hyde Daily Photo.

A contribution to Monday Murals.