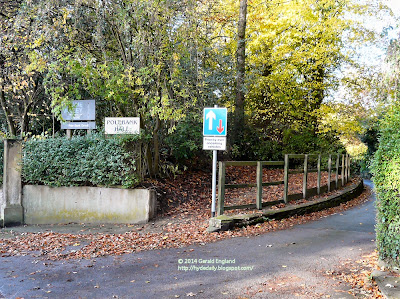 At the entrance to Pole Bank on Stockport Road, a new pathway has recently been created on the left so that pedestrians heading towards the pond can avoid the traffic on the road. 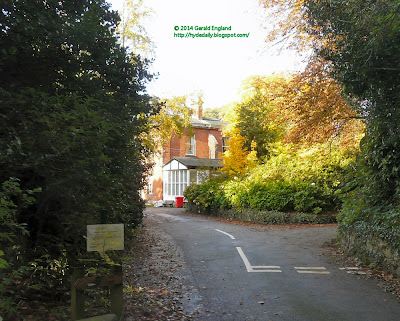 Pole Bank was originally the home of the Ashton and Beeley famiies. Thomas Kerfoot rented the property from 1912-19.

The Grade II listed hall is now a care home, run since 1998 by the Laurel Bank Care group. 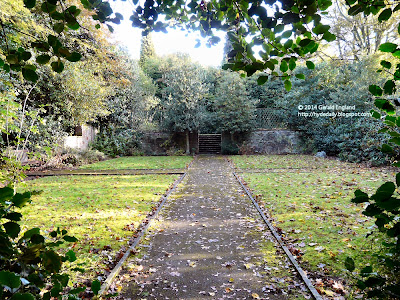 The hall and grounds were purchased in 1920 by George Frederick Byrom for £4200. He died in 1942 and in 1946 in accordance with his will Pole Bank Hall and Grounds were bequeathed to the Corporation of Hyde for the use and recreation of the general public. 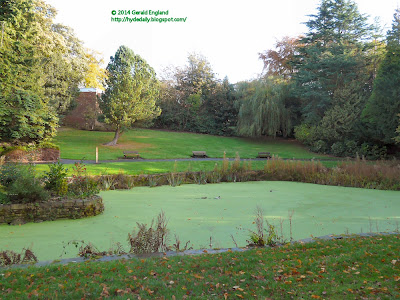 The pool was dredged in 2010. Although it is currently covered in duckweed it doesn't seem to be bothering the ducks too much. At the last count there were some seventeen mallards loving the water. 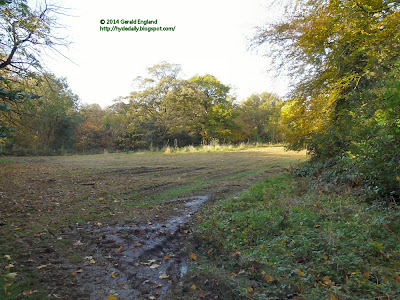 Silt and mud from the dredging were dumped on this meadow and it is only now beginning to recover. 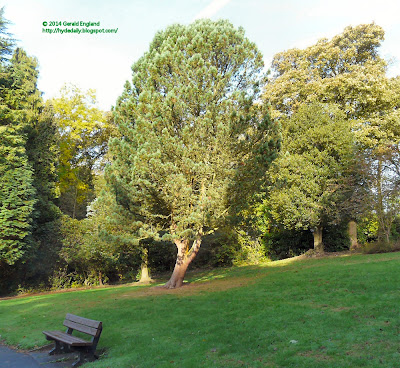 The grounds are in part maintained by a volunteer group, Friends of Pole Park - see their facebook page for news.

See two more photos of the ground on Hyde Daily Photo and on sithenah.