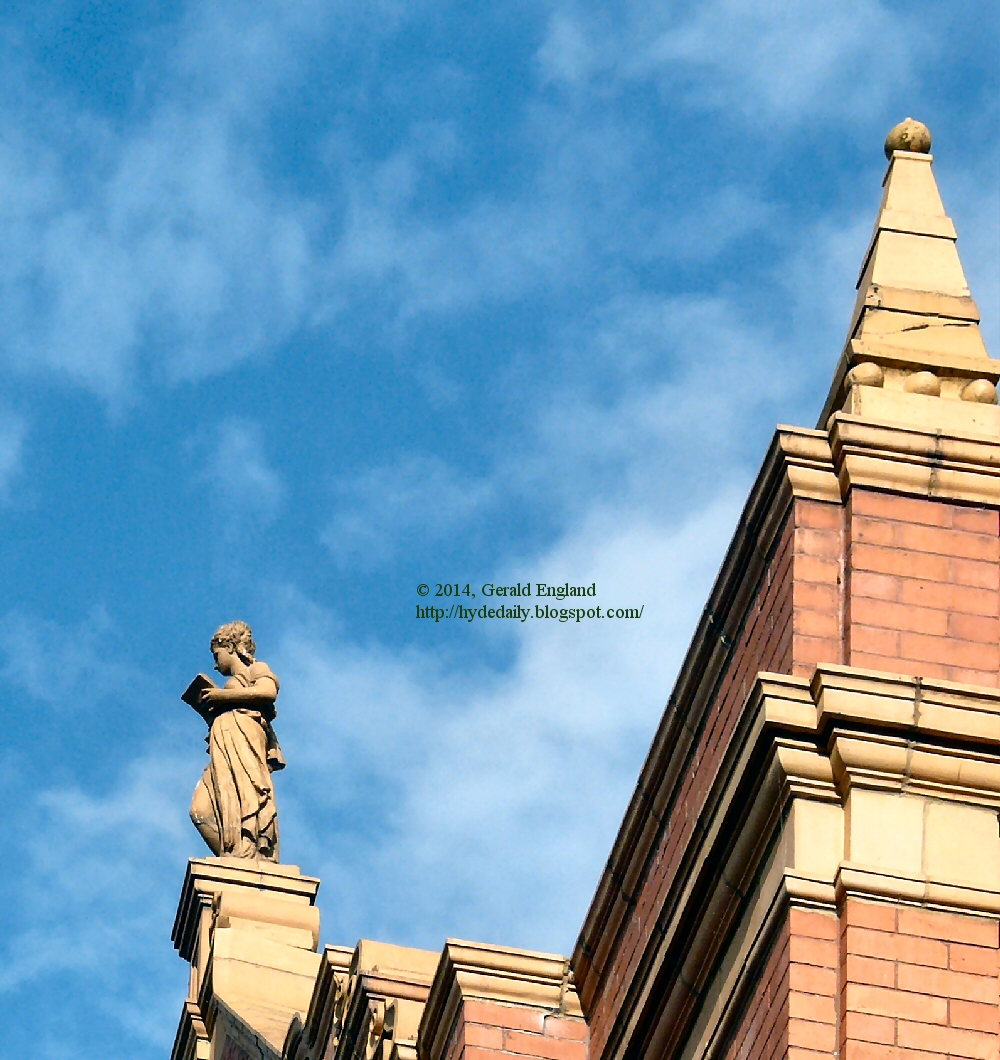 Minerva was the runner-up in the Best of Hyde Daily Photo 2014.

The full results with some comments by voters are as follows:

Love the light in this one. The graceful steps and walls look really solid. They could only lead to a stately home in England - Fascinating play of light on the walls - Isolation of Autumn - A breath of fresh air. People have worked so hard on this project in 2014 - Pole Bank brings back a lot of happy memories, in the hall meeting a aunt, who lived there. Walking round the gardens and the pond, where the children had good memories.

2nd 132 votes A sideways view of Minerva on Hyde Library

Great shot of this statue, and I love the english blue sky. The unusual angle of this photo really works - it is part of the library which is one of the most beautiful buildings in Hyde. When the library is moved out we don't know what is going to happen to it - Nice to see someone trying a different perspective.


A fabulous composition reminiscent of Passchendaele - The emerging light in the mud is a hopeful sign. Maybe the grey sky will brighten - great reflection - I haven't been there for some years but it appears that people have been working on this to improve it.

It shows part of the RNLI charity stall. The local committee raises funds to buy the most modern lifeboats available

The contrast between the peach outfit worn by the lone woman, and a group of grey businessmen creates a tension, and short story in itself.

The woodwork in there is beautiful - I would love to hear that pipe organ!

Another iconic building in the town with an unknown future as the college is closed and transferred to Ashton - was there from 65-72 - haven't been back since (am now in California) but often think of it ... in good ways and bad :)

To see what other City Daily Photobloggers chose for their Photo of the Year see JANUARY 2015 GALLERY - PHOTO OF THE YEAR.
Posted by Gerald (SK14) at 00:00