The (former) Apethorn on Knott Lane 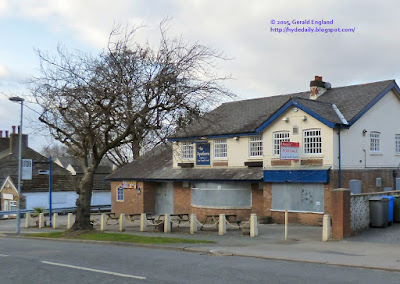 In modern times the Cheetham Fold estate has been built around it, including The Apethorn public house.

Despite being a popular local pub and a music venue, it was closed in January 2015 by its then owners, Enterprise Inns, and has been sold over the head of the pub manager.

View it from the opposite direction on Hyde Daily Photo Vol.2.