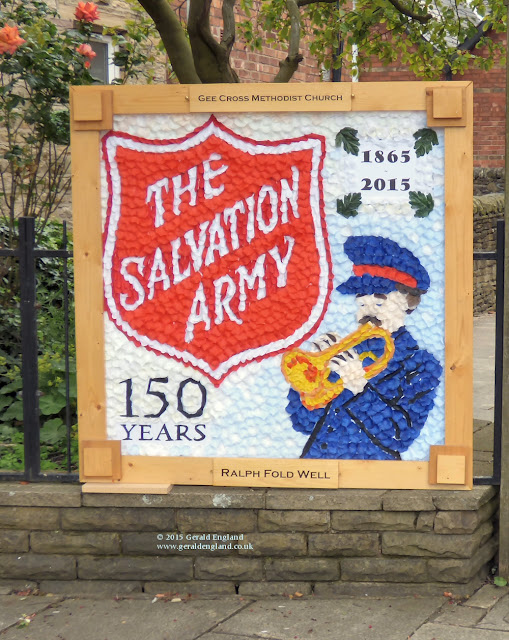 Last week I showed you Booth's Well. This week I bring you Ralph Fold Well.

Gee Cross Methodist Church stands on land which was once part of Ralph Fold. The farm's well was located behind the present building. Their contribution to the 2015 Well Dressing celebrates the 150th anniversary of the Salvation Army. 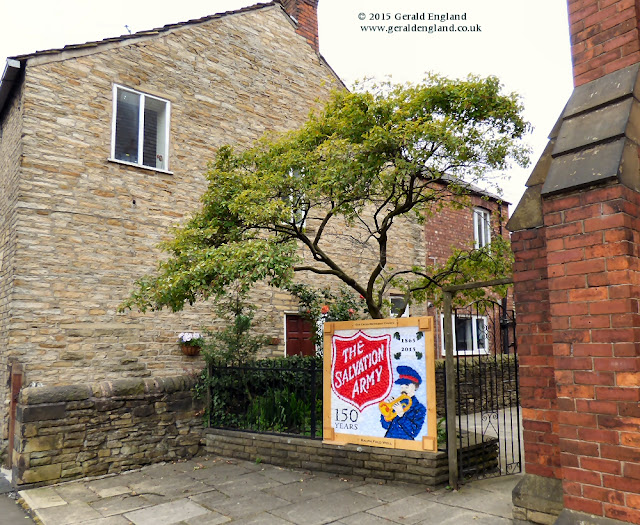 For photographs from earlier years and links to more information about well dressing see this link.

A contribution to Monday Murals and Blue Monday.
Posted by Gerald (SK14) at 08:50