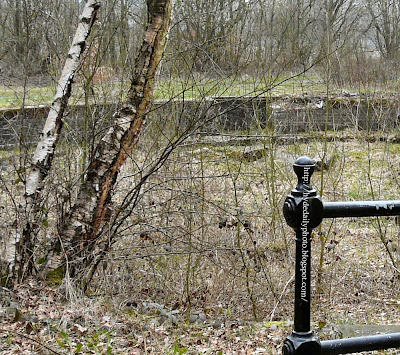 This pit is all that remains of the railway turntable at the Godley Junction yards.

See it from the opposite side on Hyde Daily Photo. 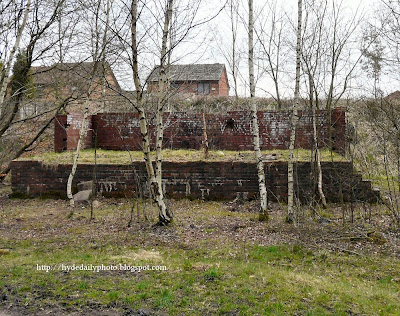 Nearby is what was probably part of a railway workshop.

The "Cheshire Lines Committee (CLC)" route from Godley Junction to Apethorn opened in 1866. Following the electrification of the Woodhead line in 1954 and until 1981 when the through route to Sheffield closed, Godley was where trains to and from the Liverpool district changed from diesel or steam to electric traction. The main traffic on the line consisted of trains from the Yorkshire coalfield to the Fiddlers Ferry power station.