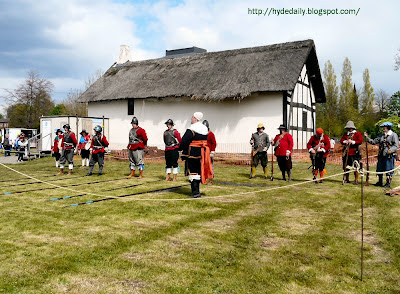 Click on photo to view a larger version.
Last weekend Colonel Edward Montagu's Regiment of Foote were performing at Newton Hall. It was part of the Open Days organised by Tameside History Forum who in conjunction with Salford University had undertaken an archaeological dig at the site.

We are a group of individuals who all have an interest in the English Civil War period, some the military side, others, lean more towards a civilian role and trades. 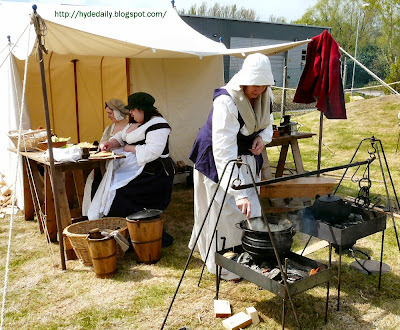 Click on photo to view a larger version.
While they were demonstrating aspects of life in the 17th century, a group of women were preparing a traditional vegetable stew. The group camped on the site overnight and provided entertainment and education to visitors. 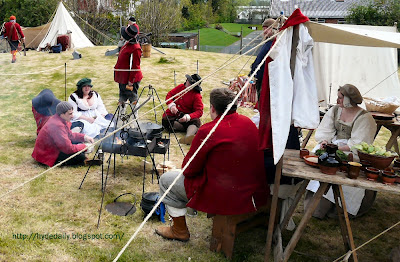 Click on photo to view a larger version.
They brought with them a cannon which they fired on several occasions. You can see a photograph of the cannon on Hyde Daily Photo.

I'll be posting photographs and information on the dig at a later date.

This post is a contribution to Scenic Sunday.
Posted by Gerald (SK14) at 00:00