Ashworth Lane and the entrance to Tesco 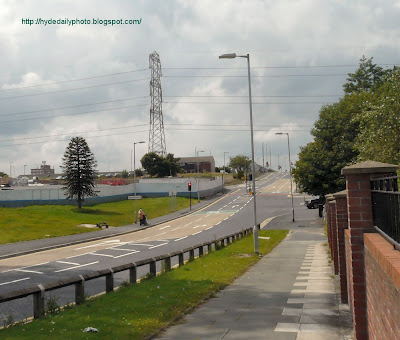 (Click on image to view full-size version)
The end of the short B6174 from Mottram to Hattersley. The monkey puzzle tree is dwarfed by the electricity pylon. The tree was moved in 2010 as its former position lay in land which has being transformed into a Tesco supermarket - see Moving the Monkey Puzzle Tree. Compare with the scene some nine months ago. The Tesco store is now open and a new set of traffic lights have been installed by the entrance. 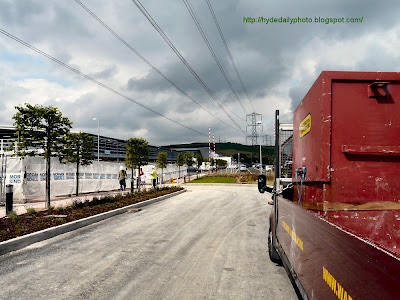 (Click on image to view full-size version)
The entrance into Tesco off Ashworth Lane. The biggest part of the site is taken up by the multi-storey car park on the left. The supermarket itself is in the background. Compare this with the same view at the end of 2011 and also how it looked four years ago.