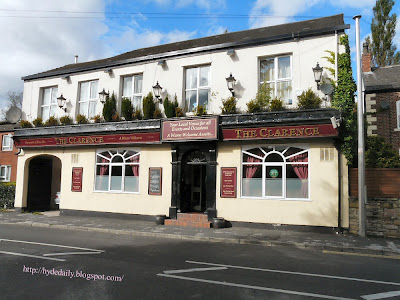 Now simply "The Clarence" but originally the "Clarence Hotel" on Talbot Road, Newton. Two years ago it looked as if it was closing down. Several other public houses in the area are closed, some converted to other uses and some actually demolished. However the Clarence is still open.

I don't know for sure but it seems possible that the Clarence referred to is the Duke who became King William IV after whom the pub across the road is named - see my post of two weeks ago.