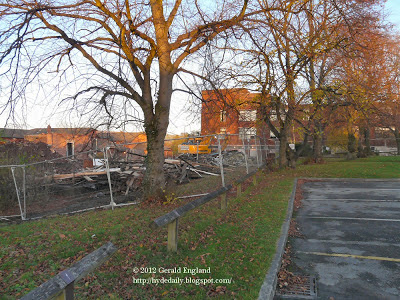 (Click on image to view full-size version)
Hyde Isolation Hospital was built in 1886 and was known as a "Fever Hospital". By 1929 it had become known as Hyde Infectious Diseases Hospital. From 1948-1955 it was known again as Hyde Isolation Hospital. In the late 1980s, wards 1 to 3 were converted into Hyde Nursing Home. Ward 4, known as the TB ward and some smaller buildings continued to be used by some ancillary services until 1996. The old ward 4 is now being demolished and these smaller buildings have already been demolished. 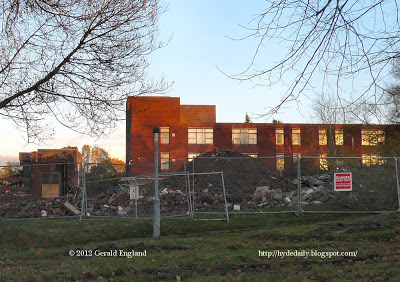 (Click on image to view full-size version)
A closer view of the TB ward can be found on Hyde Daily Photo.

For Our World Tuesday.