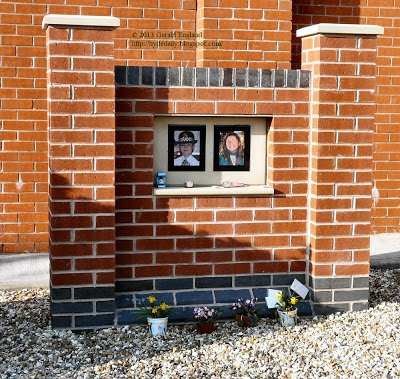 Last September I showed you the double rainbow that appeared over Hyde on the evening of the day that PCs Nicola Hughes and Fiona Bone were gunned down in Mottram.

I showed you also the tributes to Fiona and Nicola that were laid at the scene.

The faces of these police officers look out now from a memorial garden which was opened outside Hyde Police Station on 13th December 2012. 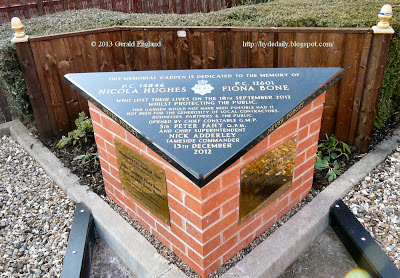 The plaque at the side reads:


This Memorial Garden is dedicated to the memory of
PC 14846 Nicola Hughes and PC 12601 Fiona Bone
who lost their lives on the 18th September 2012
whilst protecting the public.
This garden would not have been possible had it
not been for the generosity of local contractors,
businesses, partners & the public.
opened by Chief Constable G.M.P.
Sir Peter Fahy Q.P.M.
and Chief Superintendent
Nick Adderley
Tameside Commander
13th December
2012

On the sides it says: 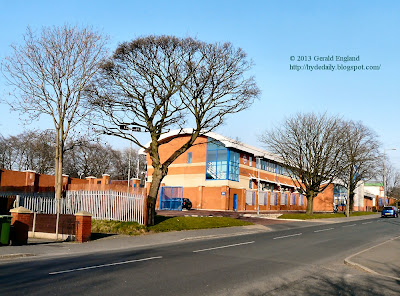 See a photograph of the memorial garden itself on Hyde Daily Photo.