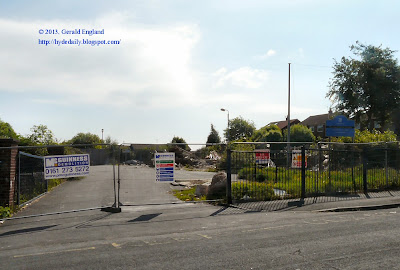 There used to a primary school here for pupils with special needs. Originally it was called Werneth Grange and then Oakdale School. It later became Dale Grove School and more recently Thomas Ashton school. It has now been demolished.

Another photograph is on Hyde Daily Photo.

A contribution to Blue Monday.