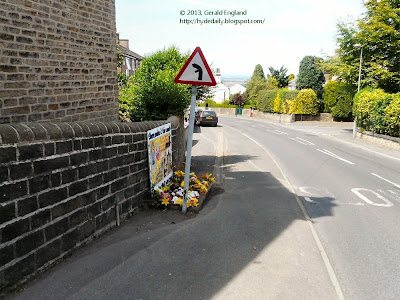 Arnold Hill Well was dressed by the children of Gee Cross Holy Trinity Primary School who considered how lucky they were compared to people in poorer countries and created a jigsaw depicting the importance of "Making it fair and showing that we care". 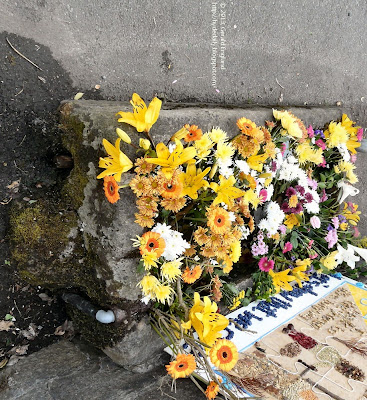 There are seven stops on the parade around the wells (not all are genuine old wells) and 16 photographs from the event can be found at Gee Cross Well Dressing 2013.

Another photo of Arnold Hill Well can be seen on Hyde Daily Photo.

A contribution to ABC Wednesday.