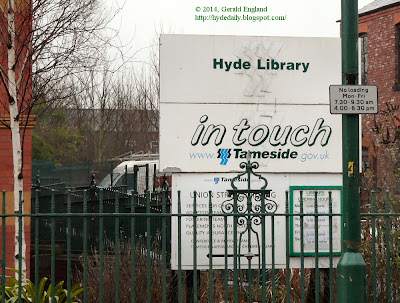 The dilapidated modern sign for Hyde Library with the prominent slogan from Tameside Council of "in touch". 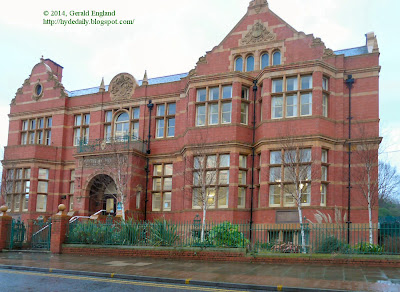 In recent years the building was shared between the library and Tameside College but the college moved out and extensive refurbishment took place between 2006 and 2010 when a gallery featuring local artist Harry Rutherford was opened. However in 2012 the gallery was moved to the Central Art Gallery in Ashton under Lyne. 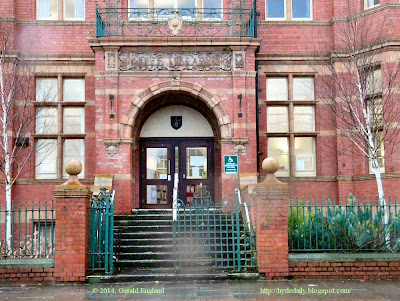 In the first round of "council austerity cuts" the public were presented with three "choices" regarding the future of library services. Smaller local libraries were closed in the light of promised improved facilities at main libraries such as Hyde. Now, in a new round of service cuts, the proposal is to move library services to the Town Hall.

The plan is then to sell the library building.

See details of the engraving above the Union Street entrance on Hyde Daily Photo.