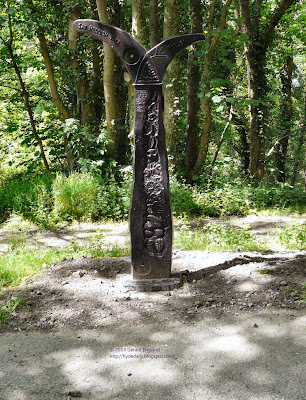 One of six new mileposts recently erected by Sustrans on the former Godley to Apethorn railway line, now Trans Pennine Trail and National Cycle Network Route 62. 1000 Millennium cast iron mileposts were funded by the Royal Bank of Scotland to mark the creation of the National Cycle Network, and they are now to be found along the cycles routes through the UK. 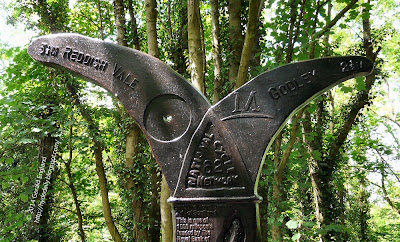 For a view from the path itself see Hyde Daily Photo.