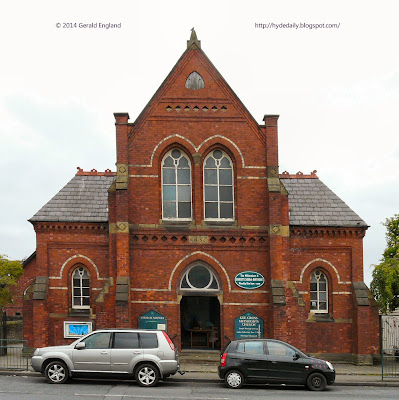 Note: The sign on the noticeboard says Methodists Church rather than Methodist Church. The explanation is probably that it is meant to be Methodists in the plural due to it being the amalgamation of two churches. Some pedants might argue that therefore there should also be an apostrophe after the s. 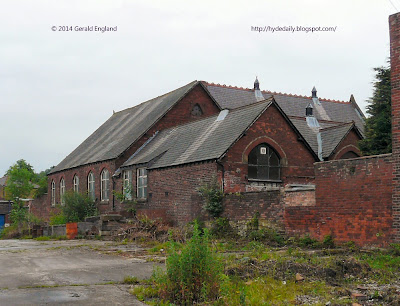 This is a view of the rear of the church from Rowbotham Street.

A view of the inside of the church and its organ can be seen on Hyde Daily Photo.

Details of the memorial tablets can be viewed on Old Hyde.

A contribution to Inspired Sundays.
Posted by Gerald (SK14) at 00:00