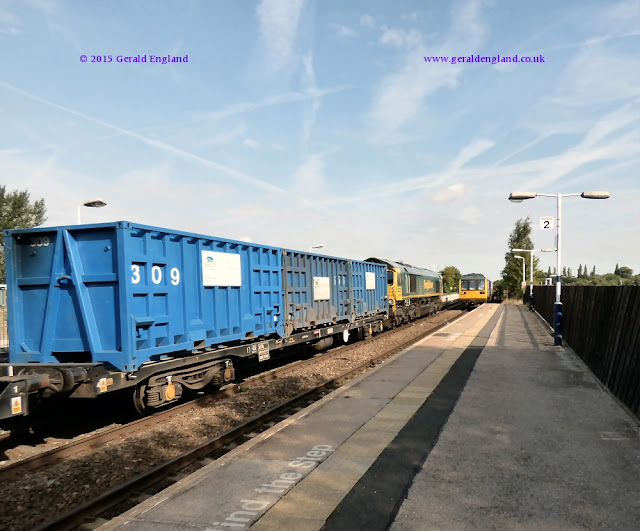 Two more photographs following on from the previous post about the Improvements at Hyde Central Station.

As the Northern Rail service from Manchester Piccadilly to Rose Hill (Marple) was pulling into the station a Freightliner locomotive sped through in the opposite direction pulling a large number of trucks. 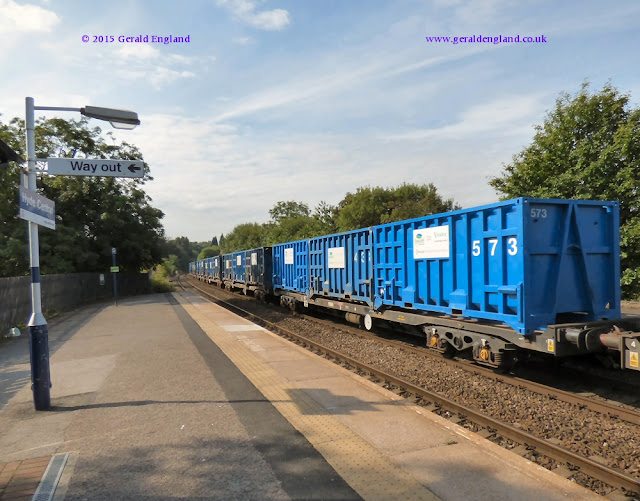 These trucks will have originated from the Viridor recycling site at Bredbury. I don't know how many trucks there were as they continued to trundle through as I was boarding the Marple train.

A contribution to Blue Monday and Our World Tuesday.
Posted by Gerald (SK14) at 07:30